An update on the ‘Bionic Eye’

The following article ‘Bionic Vision’ was published by the American Academy of Ophthalmology in the ‘Eyenet magazine’  September 2017 edition.  We have gratefully accepted their offer to share it with you after receiving many inquiries as to the progress that has been made & where science is up to in the development of this incredible device.

The Bionic institute in Australia is one of several groups around the world who are on the quest for Bionic vision. They describe how the bionic eye works:

“A bionic eye mimics the function of the retina to restore sight for those with severe vision loss. It uses a retinal implant connected to a video camera to convert images into electrical impulses that activate remaining retinal cells which then carry the signal back to the brain.”

Did you know the idea of using electrical currents to stimulate the retina date back to the 18th Century? It was discussed by Benjamin Franklin, Tiberius Cavallo & Charles LeRoy.

When looking at the more recent history of the development of bionic vision & the bionic eye, Dr Joao Lobo Antunes, a Portuguese Neurosurgeon was the first surgeon to implant an electronic device in the eye of a blind person. This was in 1983. Dr Antunes passed away only last month on the 27th October 2017 & would have witnessed much progress in this particular area of medical science.

The article ‘Bionic Vision’ reveals that in an exciting development, “there has been renewed interest in & research on cortical visual prosthesis which bypass the retina altogether & directly stimulate the brain”.

While the article below has been written with an intended audience of doctors, we know a lot of our patients are curious to learn more & will appreciate this article. To read, simply click on each image to enlarge.

As with many subjects, there is a lot of information online. We have selected a few websites for you to look at as a starting point for more information: www.bionicvision.org.au, www.nvri.org.au, www.2-sight.com 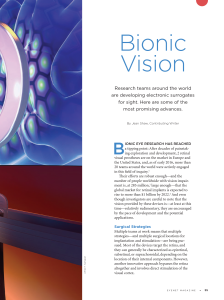 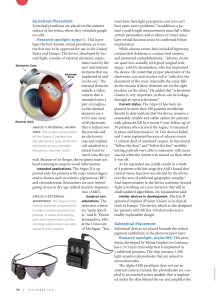 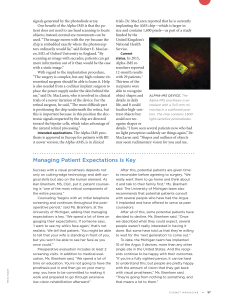 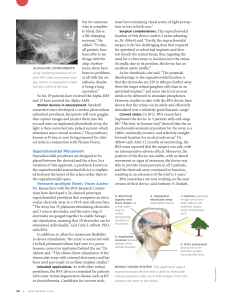 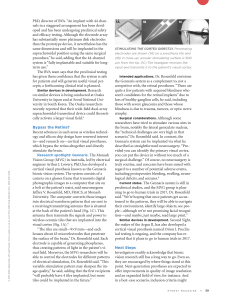 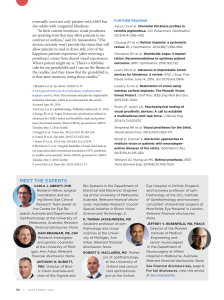