JulEYE is off and running!

JulEYE is a community awareness campaign run by The Eye Surgeons Foundation. It’s aim is to raise awareness about eye disease & of the large proportion (75%!) of vision impairment in Australia that is preventable.

JulEYE is a month-long national eye health awareness campaign that takes place in July each year. JulEYE aims to:

Our very own paediatric  Ophthalmologist Dr Caroline Catt was interviewed by Channel 7 news with two of her patients Beth and James alongside INXS’s Kirk Pengilly this week to kick off JulEYE’s campaign. Here is the link to the news segment where Dr Catt discusses eye injuries and eye diseases & her very own baby makes his first cameo appearance too! 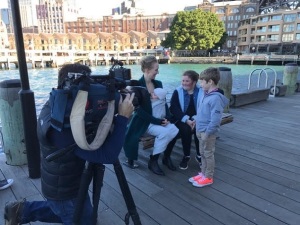