Graduates from the Masters of Orthoptics program, University of Technology Sydney (UTS), Graduate School of Health (GSH), were recognised at the School’s annual Orthoptics Prize and Scholarship evening back in May this year.

We are very fortunate to have Genevieve as part of our Orthoptic team at SOS. Her kind and happy disposition has been a winner with both patients and staff. 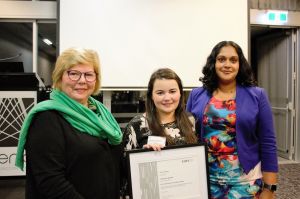 Professor Frank Martin was also at the event to present the Frank Martin Orthoptics Scholarship. Dr Martin is Chair of the UTS orthoptists’ advisory group and while presenting the award, acknowledged the UTS Master of Orthoptics course and orthoptists valuable role in eye health. 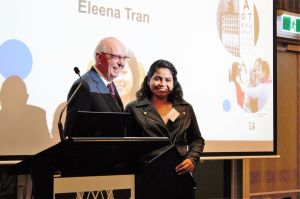