German toy company Playmobil has just announced they are developing their first characters with disabilities thanks to the “Toy Like Me” campaign. UK company Makies, which specialises in making custom dolls, have started developing dolls with physical impairments. The three dolls currently available from Makies are named Hetty, Eva, and Melissa. Melissa has a hand-painted facial birthmark, which can be customised. Eva is visually impaired and uses a cane and wears glasses, and Hetty has a hearing impairment and wears hearing aids. Customers can also purchase hearing aids and canes separately.

“We see children with disabilities on a daily basis in our eye practice in Sydney. Most of the children we see have a vision impairment, and some also have other disabilities. We have many young children who have lost an eye, or have birth mark on their face. For these children to have a doll or figurine that is just like them, will really help them feel better about their disability. To us, these children are very much normal, and it is nice to see that they are beginning to be represented with toys and dolls being made which share their disabilities. We also have a large number of young children wearing glasses and having to wear an eye patch over one eye. It would be great to see toy companies making toys and dolls with eye patches to reflect this.” Says Dr Michael Jones.

Sydney Ophthalmic Specialists will contact “Toy Like Me” on behalf of Dr Michael Jones to request they ask the toy companies for a toy or doll with only one eye and also one wearing an eye patch. We will let you know the response.

You can visit the Makies website and check out the dolls with disabilities at: 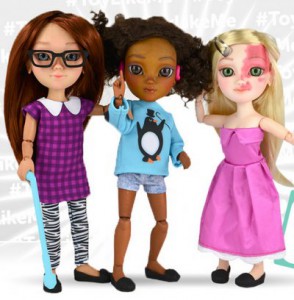 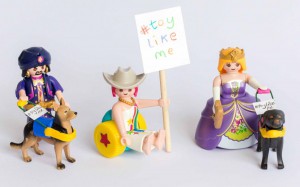