Shining the spotlight on Batten disease

Batten disease (Neuronal Ceroid Lipofuscinosesis) is a rare and fatal neurological disorder that begins in childhood. Progressive vision loss in previously healthy children is often the first symptom, followed by personality changes, behavioural problems and slow learning. Seizures and psychosis can appear at any time during the course of the disease, but commonly appear within 2-4 years of vision loss. There is progressive loss of motor functions such as movement and speech and eventually those affected become wheelchair bound, bedridden and die prematurely.

Batten disease is a truly awful disease that needs more attention, research & widespread awareness – all of which are imperitive to finding a cure.

Following what was Batten Disease National Awareness Day on 31st March, we wanted to share with you, the story of one of our young patients who was diagnosed with this Batten Disease just 6 months ago.

Harry is a 6 year-old boy from Sydney, Australia. He has a wonderful, warm personality, is full of life and is very cuddly. 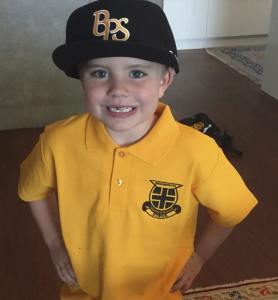 Photo of 6 yo Harry

In 2016 Harry commenced kindergarten and his teacher reported that he was getting very close to his work in order to see it. After numerous visits to various eye doctors, it was discovered that Harry was visually impaired to the point where he was declared ‘legally blind’.

The deterioration was frightening and puzzling. Further evaluation from a neurologist revealed the devastating diagnosis of Juvenile Batten Disease.

Unfortunately, there is no help for Harry in Australia. Harry’s only hope is in the USA where Gene Replacement Therapies are developing in clinical trials. Harry and his family are committed to being part of those trials.

You can support the Australian chapter of Batten Disease Support & Research Association Australia (BDRSA) by heading to https://www.facebook.com/AustralianBDSRA/

If you’d like to help Harry please donate here: https://www.gofundme.com/hope-for-harry-stilwell